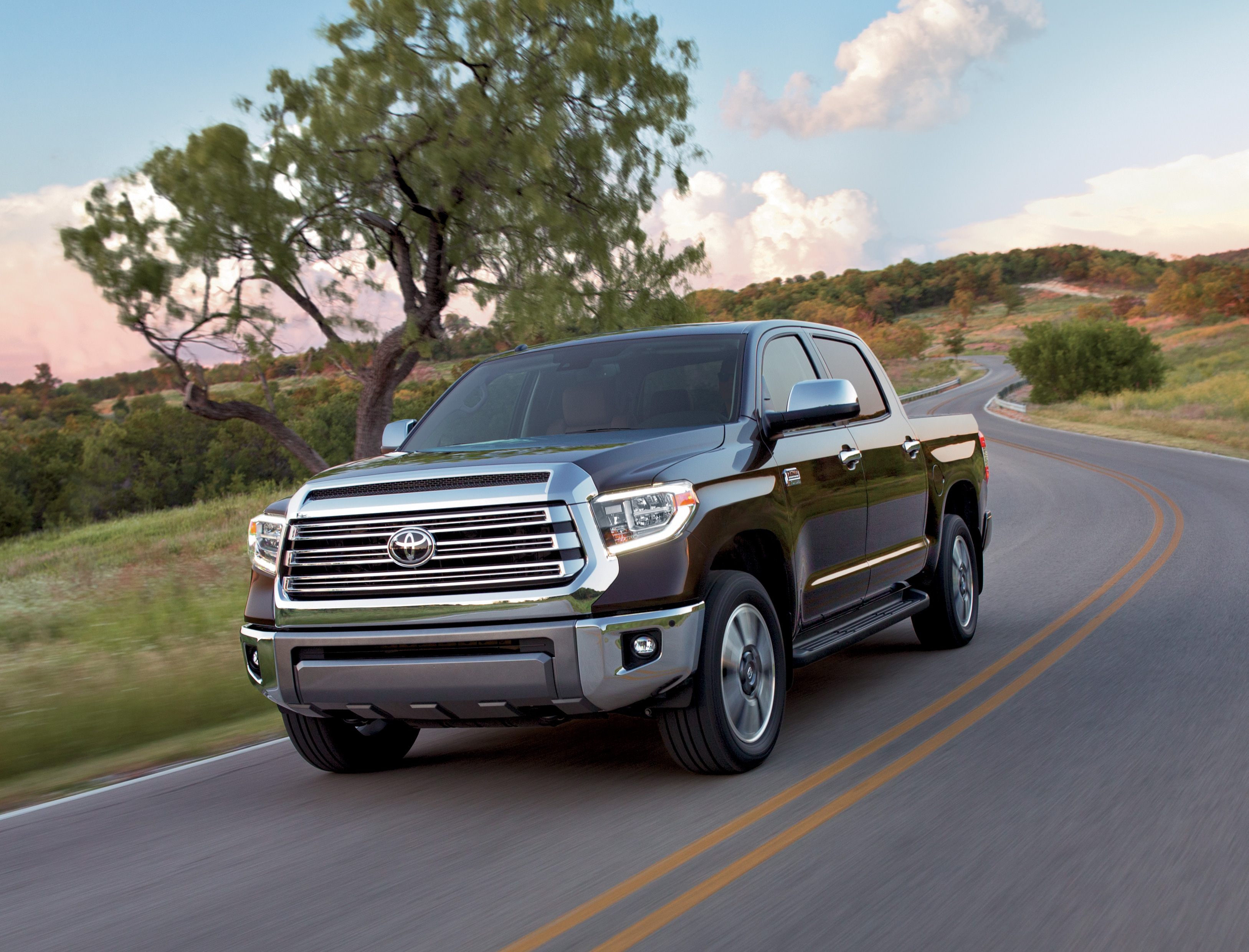 It’s no secret the Toyota Tundra is the oldest full-size truck on the market, but according to a new source, that could be changing as early as 2019.

The current iteration was introduced way back in, um, wow, 2007. With a few upgrades hurled at it in 2014, the competition has leap-frogged the Tundra to offer jumbotron touchscreens and trick tailgates. The Tundra’s sole party trick these days? A fully retractable rear window.

But if you think the good folks at Toyota are content to let the Tundra wither on the vine, think again. They’ve sent an armada of Americans across the sea to Japan, bent on creating a pickup that’ll rival offerings from the Detroit Three.

Automotive News spoke to Toyota’s main truck guy and lead engineer for the Tundra and Tacoma, Mike Sweers. He is likely one of the only people in Japan who regularly wears a baseball hat and cowboy boots.

In the article, Sweers talks about the challenges in convincing his Japanese bosses that Americans are known for hauling mulch in the beds of their truck during the day, then hosing it off and going out for dinner that evening. This is a foreign concept that is difficult to impress on the team, he said.

Sweers also talks about the next generation of Toyota’s trucks, including the Tundra, Tacoma, Sequoia, and 4Runner, revealing that all will apparently ride on a new version of the scalable Toyota New Global Architecture (TNGA) platform. And yes, that is the same platform that underpins cars like the Camry and Prius.

However, before we go to Red Alert, it is important to note that this doesn’t mean that Toyota’s trucks are going unibody. What TNGA means in this context is that Toyota trucks will have fewer total platforms, as each frame will be scalable to fit multiple vehicles. This should also result in weight and cost savings thanks to a leaner production process.

Sweers is tight-lipped about the type of engine that will power the next Tundra, but it’s a good bet that there will be some electrification involved. That’s not the end of the world, as Ram is busy rolling out a couple eTorque powertrains promising a boost in low-end torque. Years of experience with the Prius line has made Toyota a leader in electrification, so there’s every chance in the world electrons will help power the 3rd-gen Tundra when it appears.

Adding fuel to that particular fire is the appointment of Satoshi Ogiso as president of the in-house company at Toyota responsible for trucks and commercial vehicles. Ogiso-san rose to prominence for his work developing the Prius and few at Toyota know the minutiae of electrification better than him.

Emily Rees
You’ve felt the urge to find adventure where the paved roads end, and you’ve gone out and bought...
Read more

Sophia Kennith
One of the first upgrades that often happens for trucks and SUVs is to replace the stock tires...
Read more